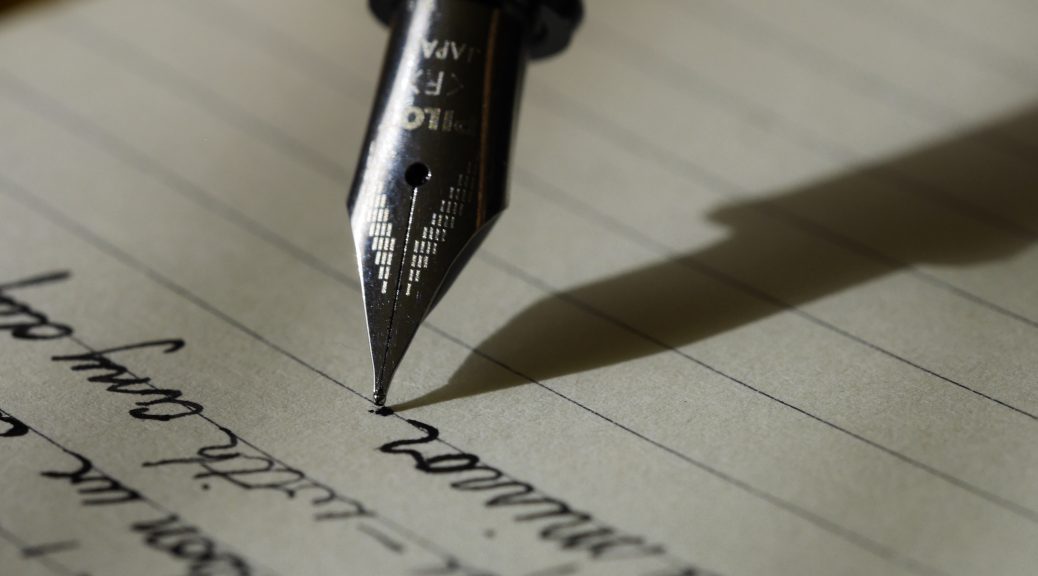 Fountain pens were the long-awaited answer to pens you had to repeatedly dip in ink. They created a more efficient writing experience compared to quills and other dip pens. With the ink already in the pen, you no longer had to pause to dip or remember to carry around your ink container. They have become a coveted accessory and collectible item.

Origin of the fountain pen

Some evidence points to Leonardo da Vinci as the first creator of a fountain pen. There are different sketches in his notebooks that look like he may have come up with the invention of a pen that holds ink. However, the first ever patented fountain pen did not come out until the 19th century. Frederick Fölsch was the first to receive a patent for his fountain pen in 1809. John Scheffer’s fountain pen, created in 1819, was the first to actually see some commercial success. Some of his “Penographics” (what he named his pens) have even survived the test of time!

The earliest patented fountain pens had a tendency to leak and were often very difficult to refill. To fix the spillage, an American named Lewis Waterman created the first fountain pen that allowed for built up pressure in the pen to be released. This led to far less leaking pens. Though his pens fixed the problem of leaking ink, they still proved tedious when it came to refilling the ink. To refill the reservoir, you had to use an eye dropper and release the ink drop by drop into the filling system.

In the 20th century, companies started producing self-filling fountain pens that made the refilling process smoother. By simply putting the nib of the pen in ink, retracting the lever or twisting the barrel, you were able to refill your fountain pens!

However, there is a growing number of fountain pen enthusiasts who find the unique writing experience intriguing and worth the learning curve to use them.

The fountain pen consists of three main parts: the nib, the feed, and the filling system. The nib is the metal tip on the end of the pen. The first fountain pens had nibs made of gold, but today most fountain pen nibs are made out of stainless steel or gold alloys. On the center of the nib, there is a small slit that helps bring the ink down to the tip. Nibs come in many different shapes and sizes. To read more about which nib will work best for you, follow this link!

The feed is the plastic part on the nib that directs the ink flow to the tip of the nib. The feed is also important because it allows for the air flow that’s necessary for dispensing ink while relieving built up pressure inside the pen.

The reservoir or filling system houses the ink of the pen. The three most common types of reservoirs for fountain pens include cartridges, converters, and pistons. Cartridges are the most common and convenient reservoirs to refill. They are plastic tubes that hold the ink. When the ink runs out, you simply remove the cartridge and place a new one in the pen.

Pistons are filling systems which draw ink from the nib up into the reservoir. So instead of using cartridges, you’d be using the reservoir inside the pen and refilling it as needed.

The hype about fountain pens

So what’s all the hype about fountain pens? Probably one of the biggest reasons people are drawn to fountain pens is that they simply feel better to write with. The writing experience is more fluid making it easier on your hand. You don’t have to press very hard to get the ink flowing which in turn reduces the likelihood of hand cramps.

Because of the light, fluid motion handwriting is said to improve with the use of fountain pens. And aside from that, fountain pen inks come in an array of beautiful colors that are said to put gel pens to shame.

If those reasons aren’t enough to convert you to fountain pens, they are also considered one of the finer accessories one can have. Writing with a fountain pen would definitely be a statement to your colleagues that you’re serious about what you’re doing!