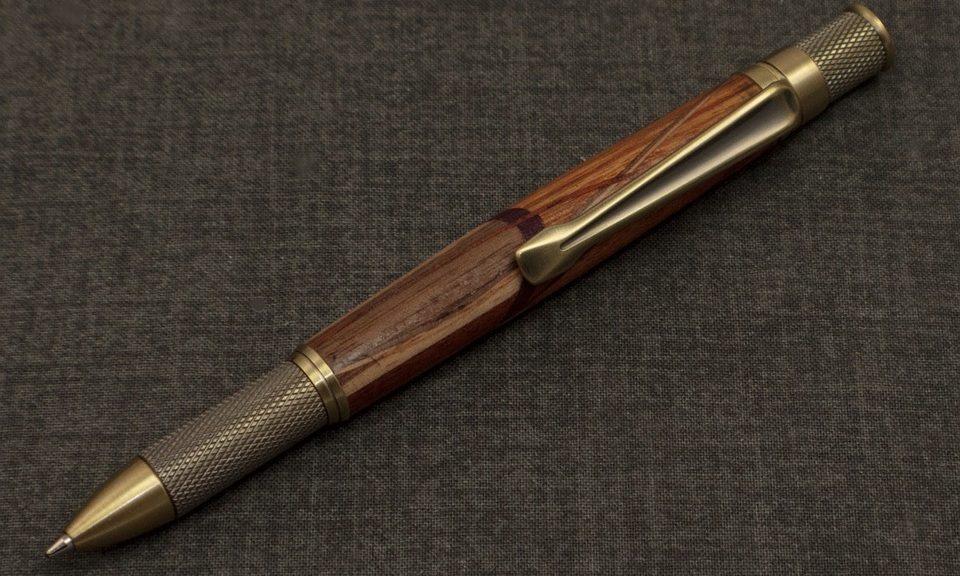 What is a rollerball pen?

Origin of the rollerball pen

The first rollerball pen was created by OHTO, a Japanese company, in 1963. The journey leading to the company began with Nakata Tozaburo. He invented a special type of ink, which he thought would be perfect for use in banknotes. He proposed the idea to the Finance ministry, but his idea was rejected due to ‘internal conflict’. Mr. Nakato decided to separate himself from the ministry and pursue the improvement of his inks. The company was first founded in 1929 as a manufacturer of inks.

During the American occupation of Japan following the second world war, the people of Japan were introduced to ballpoint pens, as the American army had brought these pens with them. The people of Japan were amazed by them. These pens were superior to their writing utensils, as the ink didn’t need to be filled as often as fountain pens. Another reason is they didn’t need regular sharpening like a pencil. Mr. Nakata made up his mind to manufacture ballpoint pens in Japan, and first succeeded in 1949.

“The first Japanese ballpoint pen concentrated on the idea of being like a pencil that never needed sharpening – it was designed to look similar to a pencil, and was named “Auto Pencil”. The company was renamed “AUTO” to match. In 1957, Mr. Nakata was awarded the “Shiju-Hou-Sho” medal by the Emperor of Japan for his improvements to ballpoint technology.

In 1974, the company decided that the word “auto” had become too closely associated with cars. It was becoming confusing to people. They changed the company name again, to their current name of “OHTO”.” [https://www.cultpens.com/news/q/date/2014/10/27/meet-the-brand-ohto]

Despite the popularity of the ballpoint pen, Mr. Nakata wasn’t satisfied. His company developed a new type of pen in 1964. This new pen was made to combine the feel and smoothness of a fountain pen. The addition included the ease of use of a ballpoint pen. This was accomplished by creating a ball-tipped pen which used a liquid ink.

This first rollerball pen opened the door to further experimentation. Not only with gel-based inks but with other types of ink that led to additional types of water-based inks. Both inks are less viscous than the traditional oil-based ink of a ballpoint pen.

How a rollerball pen works

Both ballpoint and rollerball pens function using a similar design. The end of the pen is closed off with a metal ball. The metal ball retains the ink’s moisture by capping it off. The ball at the point of the pen is usually made out of steel, brass, tungsten carbide, or even ceramic. When the pen is pressed on paper, the ball spins on the end, rubbing against the ink inside. Then it transfers the ink to the writing surface. Just enough space allows for the transfer of ink without letting it spill out.

Differences between ballpoint and rollerball pens

The main difference between ballpoint and rollerball pens is the type of ink used. Rollerball pens, while still employing the same mechanics as ballpoint pens, use a much more watery ink or gel ink. Both inks are less viscous and thinner than ballpoint pen ink. Because of this, the ink flows more rapidly from the pen and leads to smoother writing experience. However, due to the rapid release of ink, more ink comes out and leads to slower drying time. Because of this, the ink in a roller ball pen tends to run out more quickly than that of ballpoint pens, making the ballpoint pen a more economical choice.

Ballpoint pens use viscous ink, meaning the ink is stickier and thicker. This results in a bit of a scratchier writing experience. However, the ink dries much quicker, which reduces the risk of smudges on the paper. Depending on the quality of the ballpoint pen you use, you may not even notice the difference in how smooth the pen transfers ink to the paper.

Rollerball pens are best suited for use writing on thick paper. Thinner ink can bleed through the page a bit more than ballpoint ink tends to. I personally like to use a rollerball on a daily basis instead of a traditional ballpoint pen. It requires less force and effort to write, and the pen glides across the page much more smoothly. Rollerball pens can help if you frequently experience hand cramping from writing!

Rollerball pens are not quite as versatile when it comes to drawing. This is due to the fact that you can’t shade like you can with a ballpoint pen. The ballpoint pen allows the user to create varying thicknesses of lines by applying different amounts of pressure. If you run it lightly across a page, you will be left with a fairly thin line. However, due to the nature of the rollerball pen ink, applying lesser or greater pressure, won’t usually lead to a different result. Thus creating art and shading with a rollerball pen won’t be quite as easy as it might be with a ballpoint.

You might consider using a rollerball if you’re writing letters on nice stationery or sending out invitations. The lines created with rollerball pens tend to be more robust and provide a bolder, deeper contrast.

One word of caution to left-handed pen users would be that a ballpoint pen may better suit your writing needs. One reason is that the oil-based ink dries almost instantly and is less likely to smear. Rollerball ink can take a while longer to dry, and could leave you with a messy page!

There are many producers of rollerball pens in the world, and many provide very high-quality products. OHTO, the company that started it all. They make great rollerball pens, such as the Ohto Unisex Giza Leather Rollerball Pen – Black. The Pilot G-2 gel pen is a common rollerball-type pen. It works very well and comes in a variety of colors. Pentel also makes Pentel EnerGel RTX Retractable Liquid Gel Pens to suit your rollerball needs!

If you have any examples of other great rollerball pens to use, please let us know! We’d love to hear about your favorite pens!